Incidence and Mortality of Renal Cell Carcinoma after Kidney Transplantation: A Meta-Analysis 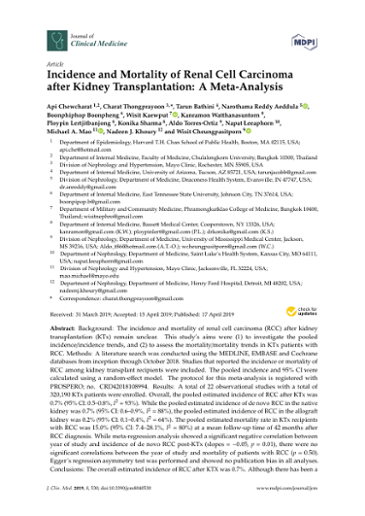 © 2019 by the authors. Licensee MDPI, Basel, Switzerland. This article is an open access article distributed under the terms and conditions of the Creative Commons Attribution (CC BY) license (http://creativecommons.org/licenses/by/4.0/).