Comparison of Quality of Life among Participants Enrolled in the Weight Watchers and Diabetes Prevention Programs, and Handling of Missing QOL Data: A Prospective Randomized Two-Arm Controlled Study 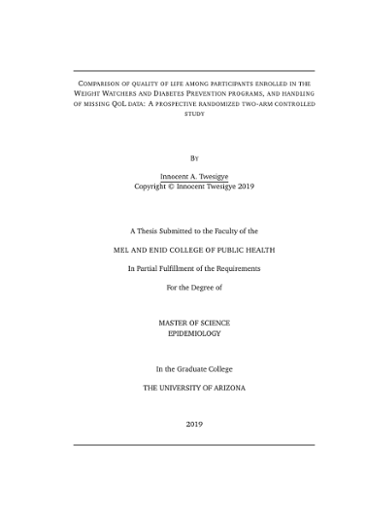