Evolutionary Robustness of the Storage Effect Coexistence Mechanism: Theoretical Investigations of the Evolution of Seed Germination Patterns in Annual Plants 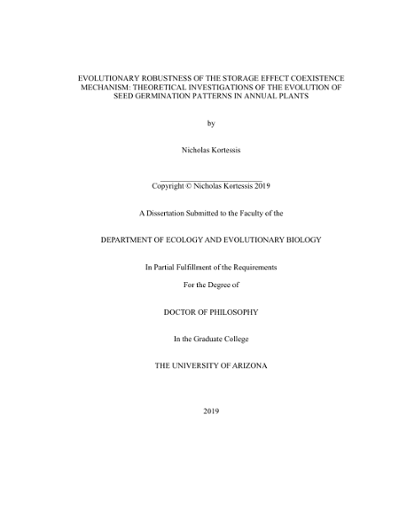