Nepal’s Hydropower Boom and Its Implications for Water Resources: Challenges and Opportunities at the Intersection of Food and Energy Production in the Gandaki River Basin 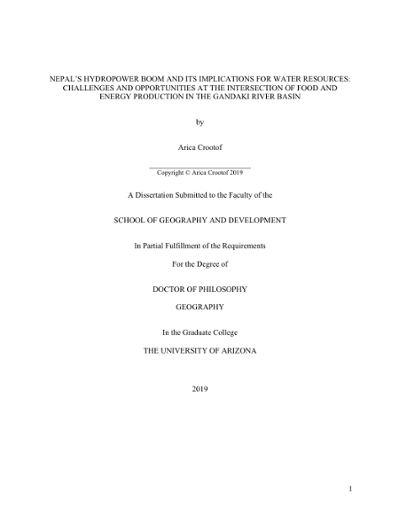