UniverseMachine: The correlation between galaxy growth and dark matter halo assembly from z = 0−10 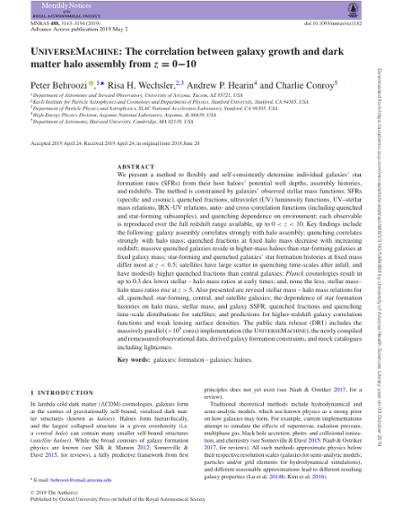