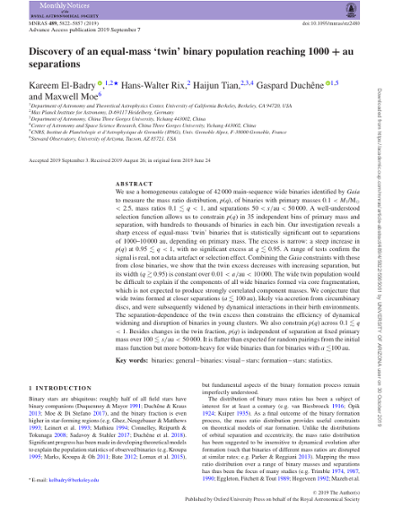 Copyright © 2019 The Author(s) Published by Oxford University Press on behalf of the Royal Astronomical Society. This article is published and distributed under the terms of the Oxford University Press, Standard Journals Publication Model (https://academic.oup.com/journals/pages/open_access/funder_policies/chorus/standard_publication_model)