Contrastive Hyperarticulation of Word-Initial Stops in a Conversational Corpus 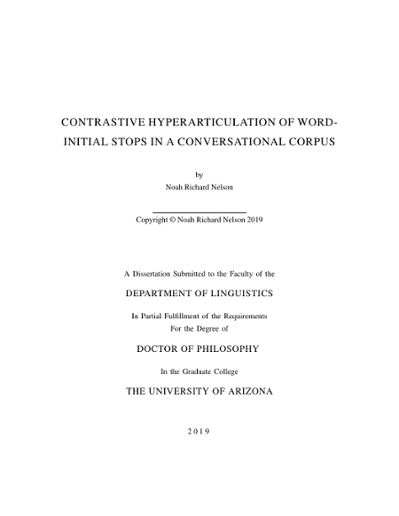