Cultural Evolution and Paleogeography on the Santa Barbara Coast: A 9600-Year 14C Record from Southern California 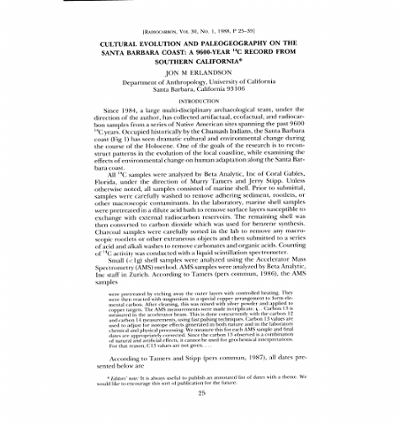