Microbiology in the Critical Zone: Examining Subsoil Microbial Responses to Wildfire and Snowmelt in Mediating Terrestrial Biogeochemical Cycles and Integrating Across Spatial and Temporal Scales 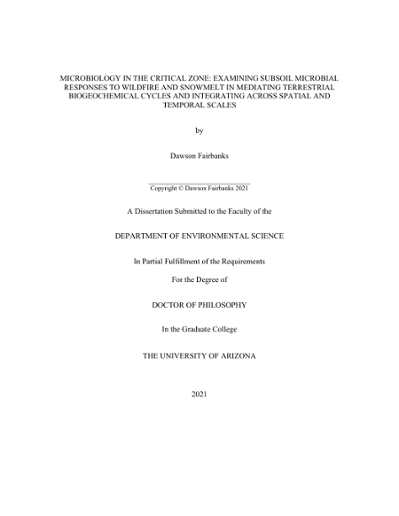