From Sexual Objects to Sexual Survivors: Exploring the Cognitive Inconsistencies Within a Media Counter-Sexualization Script 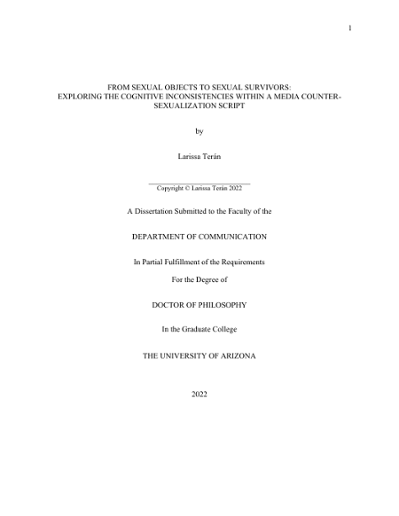